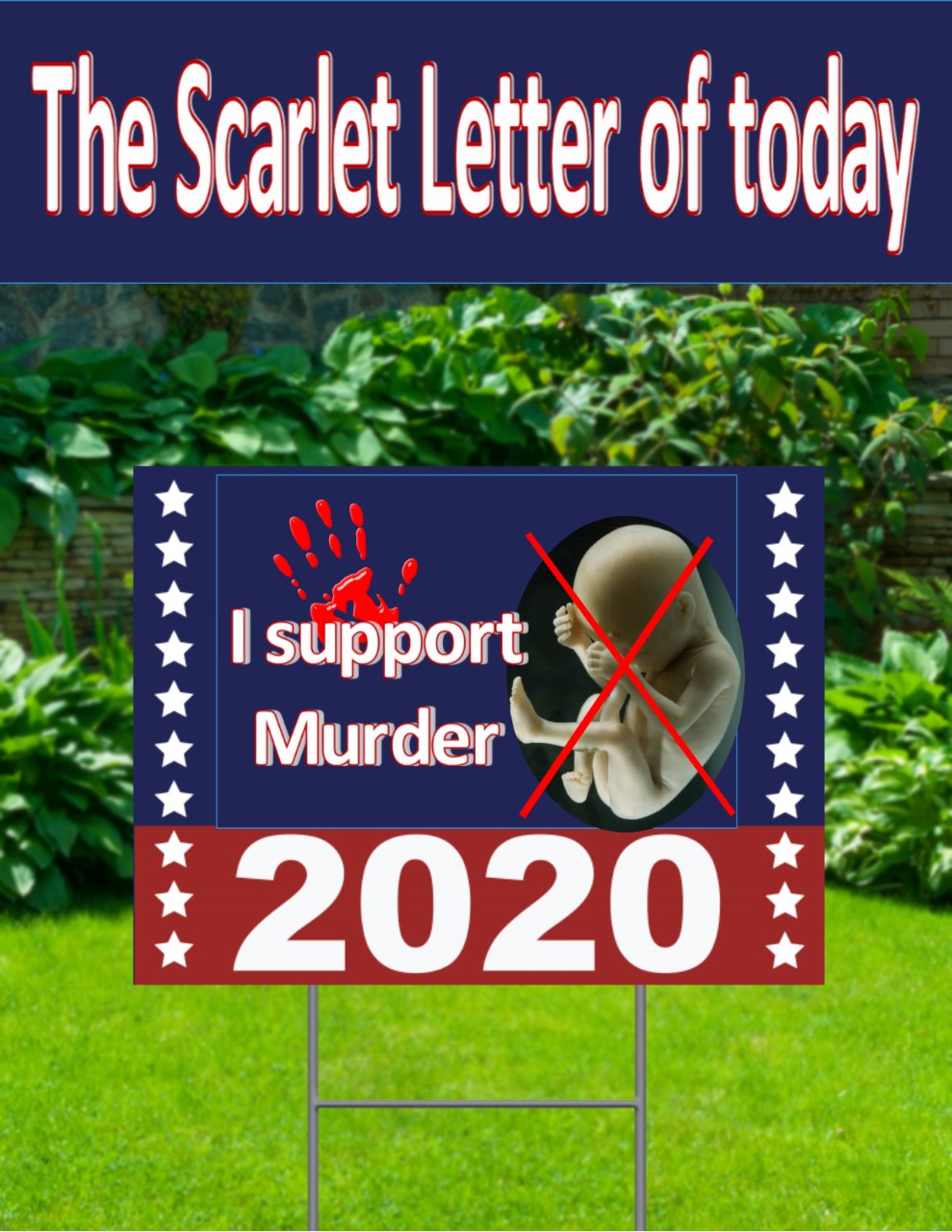 The story, The Scarlet Letter, was set in Puritan Massachusetts, at the Bay Colony during the years 1642 to 1649, the novel tells the story of Hester Prynne who conceives a daughter through an affair… Hester was forced to wear the scarlet letter “A”, an adulterer, on her chest. A badge of sin, shame, and condemnation.

A more recent label of wrongdoing are those familiar orange prison uniforms that made the scene around the 1970s. They are still often used whenever the prisoners go out in public, are transported, are in court, or when they are in front of reporters.  What if the prisoner in orange is also a murderer and had to wear a large RED “M”? People would gossip, back away, and get a feeling of uneasiness.

Today people eagerly place yard signs to support their political candidates. Those signs that stand for the party that supports abortion are like Hawthorn’s Scarlet Letter. Christians around the world that know the truth of God’s Word, political signs are self-labeling them as murderers.

We have liberal friends but when they boldly place those signs in their yards we will no longer see them in the same light. Not only are they condoning abortion they are flaunting their acceptance that murder is ok.

Soon, the signs will disappear, but that searing image of murderer is burned into our very being. Whenever we shall see you, we will see that giant “M”. We pray for your eyes to be opened, and the misguided acceptance of that which is not of HIS WORD be exposed. That the deception you have been led to believe no longer controls you. And that our Nation is no longer desensitized to believe the god of the earth.

Abortion is not the only immorality the yard signs support. They are not the only deception of those things not of God. But that one issue is enough for me! Those who when many drive by your home, or when we see those with political signs for the party that support abortion.

Even long after your yard sign disappears this image will remain. We shall continue to pray for you.  In the novel, The Scarlet Letter, Hester was labeled and shamed … but at least her child lived!

Karen D –  from the writing team of seekingpeaceandjoy.com

Click Here To Read More Of Your Path To Freedom

By Your Path to Freedom