The Ripple Effect of Tragic Decisions by Kathleen Derbyshire 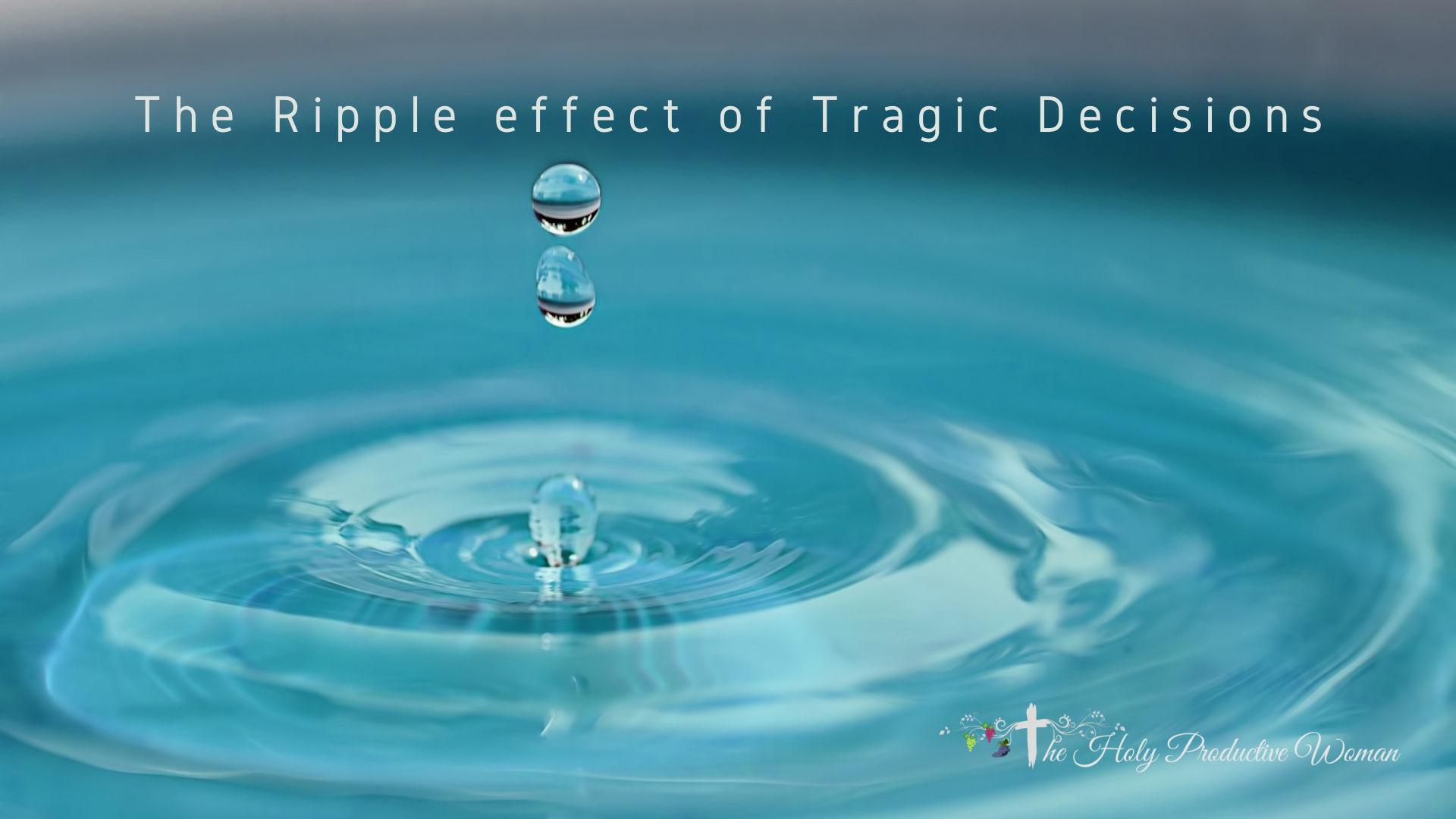 Right up until Jesus called me when I was 40 and beyond, I made so many tragic decision that my life became a mess. I am not saying my life was devoid of any good decisions, but the bad ones weighed a lot more. The best decision I ever made was to become a disciple of Jesus Christ.

Leah and Jacob had six boys and one daughter, Dinah. We do not have any history on her. The only thing we know about her is that she made a decision that resulted in a series of tragic decisions.

He (Shechem) kept her in his house and told his daddy (Hamor) that he wanted to marry her.  His daddy went out to Jacob and proposed marriage but wickedness was on everyone’s mind.

Dinah’s brothers proposed to agree to the deal of Hamor and marry their daughter, and giving of their daughters, but first they would have to be circumcised. They agreed and that was their tragic decision.

Biblical Life Lesson: The ramifications of one bad decision are far reaching.

We are not shaming Dinah for what happened to her. We are discussing her decision to go into a town she knew was full of wicked people. That was the bad decision that catapulted all the rest of the bad decisions that followed.

Shechem’s decision to take Dinah and rape her was on him. Whether he became smitten with her or not, he broke a moral law that could not go unpunished. Shechem’s father made a decision to avoid punishing, and not even reprimanding, his son. For his actions, he created a desperate scenario for Dinah. She was trapped in Shechem’s house while this whole thing played out.

Jacob staying silent about it was emasculating for him because it was his job to protect his daughter. Therefore the brothers felt they had to step in although Jacob did not stop them.

This decision of Dinah’s revealed the hearts of all the men involved in this situation. Every bad decision reveals the hearts of people. If your heart is darkness than your actions will show that.

Being productive in the kingdom of God relies on whether or not you can make good decisions most of the time. Plus what actions you take after you make those good decision. Because a good decision goes nowhere if follow through is not attached to it.

Have you decided to maximize your time and your talents for the Kingdom? Get it done by following Kathleen here