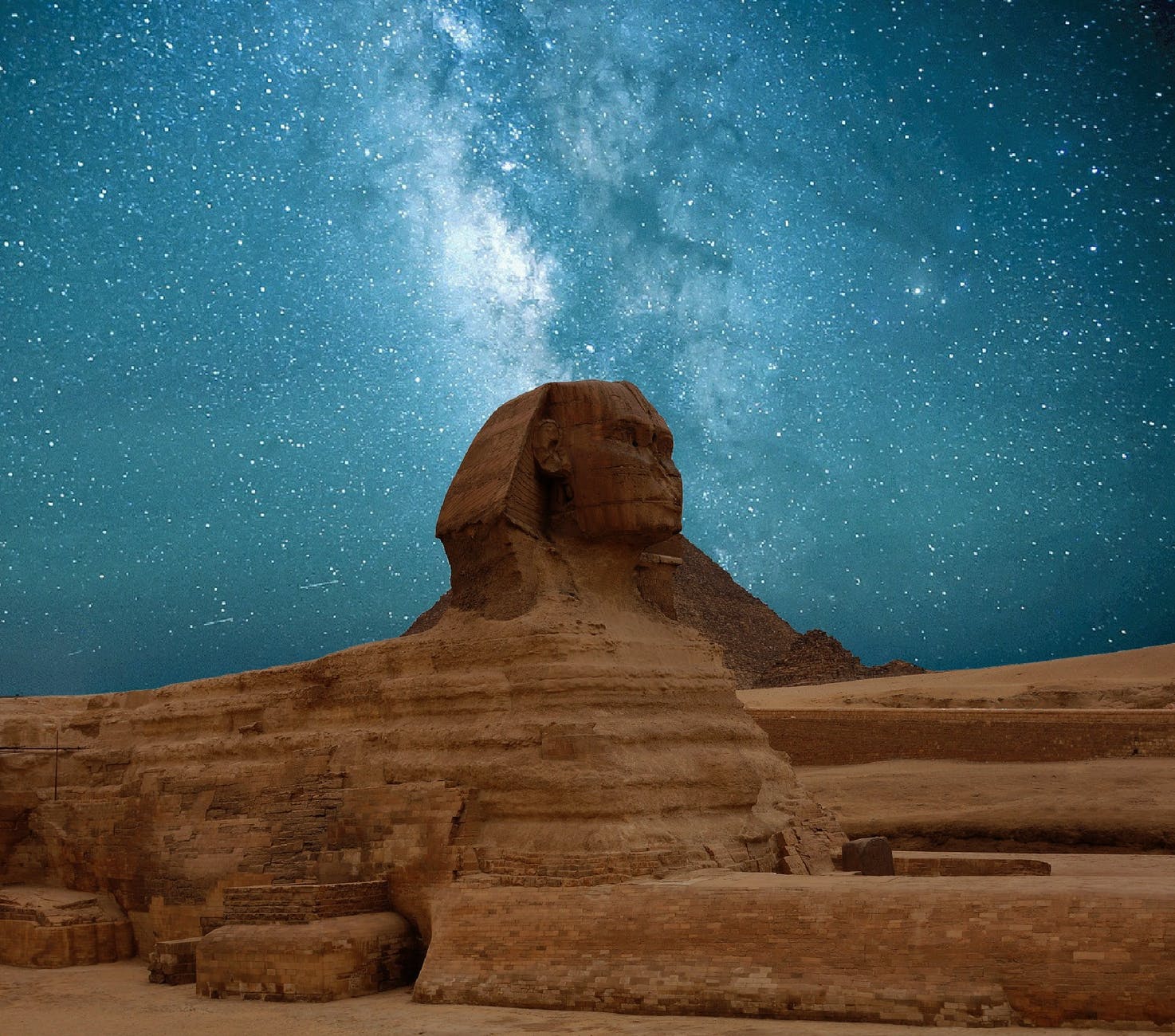 I know that this topic of The Exodus, Slavery and Abortion is going to get some backlash, but I want to spitfire some thoughts on the matter. Feel free to share your thoughts, but please be respectful

For the past year I have been taking online Christian college courses. Unfortunately, I cannot share the full videos, but I will share small written portions.

I’ve been wanting to share on this for some time, but haven’t been able to. So I’m taking some time to share what I’ve learned and discovered. And some thoughts of my own that I’ve been considering.

The “Exodus” story should be understood at the origins of Genesis 37 of Joseph being sold as a slave into Egypt. As you read Genesis 37, 39, 40 and 41, you read the story of God being with Joseph as a slave, a prisoner, and a dreamer. In Genesis 41, Joseph is lifted out of captivity by Pharaoh himself and raised to lead Egypt through the upcoming years of famine.

In Genesis 42-46, we read of Joseph’s brothers, the ones that sold him into slavery, going to Egypt to get food and grain in the years of famine. Unknowingly, the man who was giving them the food they need, was their brother, Joseph. Once Joseph makes himself known, the brothers go back to get their families and their father, Jacob, to come back to Egypt to live.

“I am your brother Joseph, the one you sold into Egypt! And now, do not be distressed and do not be angry with yourselves for selling me here, because it was to save lives that God sent me ahead of you. For two years now there has been famine in the land, and for the next five years there will be no plowing and reaping. But God sent me ahead of you to preserve for you a remnant on earth and to save your lives by a great deliverance.” (Gen. 45:4-7)

When the news reached Pharaoh’s palace that Joseph’s brothers had come, Pharaoh and all his officials were pleased. Pharaoh said to Joseph, “Tell your brothers, ‘Do this: Load your animals and return to the land of Canaan, and bring your father and your families back to me. I will give you the best of the land of Egypt and you can enjoy the fat of the land.’…” (Gen. 45:16-18)

-But someone might say, “Well, yeah. That’s true. But four and a half months a year, the Nile floods and all these fields would have been, at that time at least, under water. So what then?”

-We’re on a hillside here in the Western Desert of Egypt. But it’s not an ordinary hillside. We’re in one of the key places of the Middle and New kingdom of Egyptian history. In front of us, the Nile River Valley, and just across, the modern city of Luxor – or Thebes as the Greeks called it. That was more or less the religious center of Egypt at the time of the Exodus. On this side is where the pharaohs and the queens chose to be buried after the period of those pyramids, which was the kingdom before.

Now, not everybody got to be a tomb carver and a temple builder. Some had to make bricks. “But come work for me. There’s a lot of work when you’re a pharaoh. So come work for me during those four and a half months.” And that was the Egyptian system.

So you would say, “Well, where would I live?”

And Pharaoh would say, “Do you want this apartment? It’s got three rooms.”

To you, it’s fairly small, but by their standards, that’s pretty nice. “Really? What do I get paid?”

Pay was an upper middle-class amount. Some in currency probably – gold or silver. But mostly in food and other necessities. They were paid in oil and grain and wine and that Egyptian specialty, beer. It was, honestly, by their own description– and nobody ever thinks they’re overpaid obviously– by their own description, it’s a pretty good salary.

But how much do we have to work? I’ll bet this is long hours.”

Honestly, this is the record. “We have a ten-day week here in Egypt. I’ll let you work a ten-day week. You can have a two-day weekend.” At one point in Ramesses III, a three-day weekend. “Eight hours a day will be enough.”

Above, we see that life was pretty good.

Now Joseph and all his brothers and all that generation died, but the Israelites were exceedingly fruitful; they multiplied greatly, increased in numbers and became so numerous that the land was filled with them.

Then a new king, to whom Joseph meant nothing, came to power in Egypt. “Look,” he said to his people, “the Israelites have become far too numerous for us. Come, we must deal shrewdly with them or they will become even more numerous and, if war breaks out, will join our enemies, fight against us and leave the country.” (Ex. 1:6-10)

I shared this time line that I want us to fully understand. Because of Joseph, his family, the Israelites, were welcomed into the land of Egypt. Not only were they welcomed, but they were given the best of the land.

As time goes by, a new king takes the thrown (maybe it was the son of the former Pharaoh, maybe not). The king decides to put slave masters over them (Ex. 1:11) making their lives hard making brinks, mortar and work in the field (Ex. 1:14). He goes on to say to the Hebrew midwives,

“When you are helping the Hebrew women during childbirth on the delivery stool, if you see that the baby is a boy, kill him; but if it is a girl, let her live.” The midwives, however, feared God and did not do what the king of Egypt had told them to do; they let the boys live. (Ex. 1:16- 17)

And we all know the story of Moses (Ex. 2): He is spared, put in a basket and pushed down the river, picked up by Pharaoh’s daughter and raised as an Egyptian.

I believe that we can all agree that slavery is wrong. As much as people only like to focus on the Trans-Atlantic Slave Trade, slavery has been going on for millennia’s, and even today (2020 AD), it’s still going on. Note that if you look at pornography, you’re endorsing a slavery empire.

The point that I want to bring up is that the time of the slavery of the Jews were oddly good. While in the desert, free from captivity, they wailed, “If only we had meat to eat! We were better off in Egypt!”…  “Why did we ever leave Egypt?” (Numbers 11:18a,20b). Before you think that they were captive to Moses, they weren’t. Many did leave.

Back to the Exodus story and Moses:

One day, after Moses had grown up, he went out to where his own people were and watched them at their hard labor. He saw an Egyptian beating a Hebrew, one of his own people. Looking this way and that and seeing no one, he killed the Egyptian and hid him in the sand. (Ex. 2:11-12)

When Pharaoh heard of this, he tried to kill Moses, but Moses fled from Pharaoh and went to live in Midian… (Ex. 2: 15)

People may also say that God encouraged slavery. While a case can be made that God allowed slavery, He spoke against slave trading (Ex. 21:20; 1 Tim.1:10) and continuously reminds the Hebrews that they too were slaves in Egypt.

Frank Turek’s Slavery And The Bible for additional details.

For 320 years, there has been this slavery going on in Egypt. But the outcry didn’t come until the slave masters were placed over them and were told to throw every Hebrew boy into the Nile (Ex. 1:22).

Moses, a Hebrew boy, is put in a basket and brought out of the Nile by the Pharaoh’s daughter and is raised as an Egyptian. In Acts 7, we are told that he learned all the wisdom of Egypt. And at the age of 40, he kills an Egyptian slave master and flees to Midian. After 40 years in Midian, where he marries and has 2 sons, he speaks with God through the Burning Bush (Ex. 3), Moses returns to Egypt to bring the Israelites out of slavery (Ex. 4).

And what does God do? He brings plagues.

You see, the Israelites had lived there for over 400 years, working the fields and building bricks for the temple. And you can only imagine that if all you hear about are these other gods, you’ll start believing in them and praying to them.

So every plague that is brought on the Egyptians is to counter their Egyptian gods.

Perhaps, like me, you are wondering, why not just give the Hebrews the land of Egypt? After all, they worked it, it was a good land.

When you enter the land the Lord your God is giving you, do not learn to imitate the detestable ways of the nations there. Let no one be found among you who sacrifices their son or daughter in the fire, who practices divination or sorcery, interprets omens, engages in witchcraft, or casts spells, or who is a medium or spiritist or who consults the dead. (Deut. 18:9-11)

Frank Turek’s On Child Sacrifice among other topics

I bring up these verses to gain a much better scope and understanding of Egypt and the slavery that occurred.

I shared a lot of details about the slavery of the Hebrews and about the sacrifices because a lot of what was going on in Egypt is still going on today.

Margaret Sanger (1879-1966) popularly became the founder of Planned Parenthood. While there is nothing wrong with having a clinic focused on the health and welfare of patients, you want to be cautious when they’re concerned:

More Quotes Can Be Found Here