Discouragement and Renewal by Ron Clark 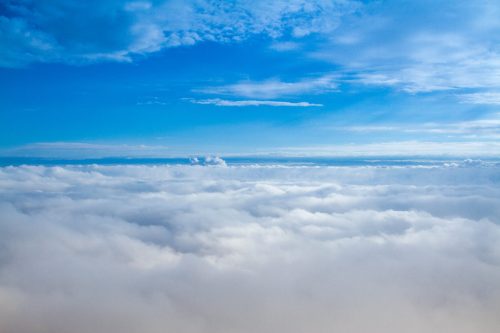 Discouragement and Renewal by Ron Clark

Sixteen years ago, I faced a day of such intense discouragement. I wondered if my life would ever seem normal.  On a cold night in February, my whole world came crashing down around me. I had made my peace with God after an intense period of asking, ‘Why me, Lord?’

Then I began to do the work I was inspired to do by the Holy Spirit to regain my sense of purpose.

Perhaps many of you share that same sense of discouragement and you have doubts about your future.  I cannot foretell what God has planned for you, but God says in Jeremiah 29:11, “For I know the plans I have for you, plans to prosper you not to harm you.”

Peter was one character in the Bible who had a lot of reason to feel discouraged.  At the Last Supper, he is likely seated at the lowest spot at the table.  Later, when Jesus asked him to pray with Him in the garden, Peter fell asleep (Mark 14:32-37).

It’s easy to understand that Peter is disappointed by his seating position. He had argued before about “who is the greatest among the disciples.”  Then he is embarrassed when Jesus finds him sleeping.  I’m sure he felt a sense of failure.

Peter isn’t finished with his failures at this point.  When Jesus is arrested, Peter tries to defend Jesus with the sword and cuts off the right ear of the servant of the High Priest.  Work with me here, put your right hand over your right ear.  Now, if I swing a sword at your ear, which ear will I cut off?  That’s right; Peter struck the servant from behind like a coward, which gave him even more reason to be ashamed. Jesus even rebuked Peter for this action (John 18:10-11).

Peter has one more trial, for when he is confronted about being a follower of Jesus; he denies knowing Jesus three times.  To his credit, he feels shame, feels like a loser and he weeps bitterly.  I’m sure by now that Peter felt as though his witness for Christ was over forever.

However, when the women see the angels in Jesus’ empty tomb they are told to inform the disciples and Peter that Jesus is alive.  God had plans for Peter and 50 days later Peter is touched by the Holy Spirit and preaches the most wonderful sermon ever heard about the divinity of Jesus Christ, the Son of God.  Three thousand people were saved that day (Acts 2:1-41).

I don’t know what awaits you in the future.  What I do know is that God has a plan for each of you.  Like Simon Peter, we can fail completely, but God can mend that broken spirit through faith in His son, Jesus Christ, and by the power of the Holy Spirit.  You may go on and become the parent you are meant to be or you may stay in jail and be a witness to others in jail.

Whatever, you will accomplish the plan God ordained for you based upon His knowledge of your decisions and actions up to this time in your life.

You can find peace of spirit and joy in Jesus Christ.  Prison is not just bricks and metal bars, it is really separation from God.