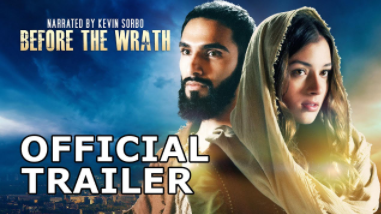 Before The Wrath is an interesting movie sharing the unique teachings of Jesus Christ and his return with the traditional practices of Galilean marriages.

In the clip below, you will learn about the culture, the dowry (which is drastically different than other cultures in the middle east), and the cup.

Watch the first 10 minutes below:

What is further discussed in the full video helps to further explain how and why Jesus spoke to his disciples the way that he did:

This documentary shares on the importance of the return of Christ and why.

If you would like to watch this video in it’s entirety, consider a Pureflix.com streaming service or rent or purchase from Amazon also available on Apple.