The Price Of Salvation by Vanessa Banda- Chidhumo 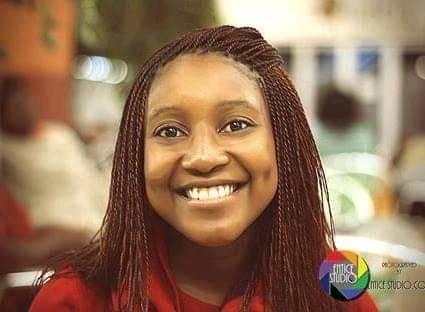 The Price Of Salvation by Vanessa Banda-Chidhumo

Work out your salvation with fear and trembling, Paul says in Philippians 2 v 12, for it is God who works in you, both to will and to work for His good pleasure.

Have you ever wondered why this Good News bestowed upon us comes with a trembling fear? I would have thought this was a time for us to take a breather. A break from the harsh law that saw women getting stoned to death for adultery. Oh, the terrible law that killed the priest the instant they got into the presence of God when they had sin on them. Was this not supposed to be the age of relief? Where all our sins are forgiven in a second. Where our works have no consequence on the state of our salvation. When the Lord no longer strikes with fire and lightning.

If I did not work to get this Salvation in the first place, how do I work myself into keeping it? I do not have all the answers at this moment, but this is what I know, Salvation did not come cheap. SELAH.

Salvation is not cheap. Sure, it came to us freely but that does not take away its worth. This Salvation is too valuable and too precious to waste. It is too pure for us to willingly mix with dirt. It is too powerful for us to subject it to our weaknesses over fleshly desires.

Close your eyes and see a God who dwelled in the Heavens above. His Holiness was His character, it was His greatest attribute. He could not stand sin but He took it upon Himself and made Himself filthy for this great Salvation.

Tears fill my eyes when I think of the beloved Son on the cross, who was always confident of His Father’s presence and yet was forsaken for the first time as He cried “Eloi, Eloi, Lama Sabachthani”, all for the sake of this Salvation. The Father who had professed proudly to be pleased with His Son, for the first time struck Him because of the sin that was on Him, my sins, your sins, the sins of the world all on Him.

In a garden, He cried to His Father who answered all His prayers, but for the first time, His wish was not granted for the cup to pass Him by. He cried, three times He tried, and sweat like tears of blood fell to the ground but the Son’s will could not be done for the sake of this salvation.

SALVATION IS NOT CHEAP.

The prophets from old, with many great stories of how God worked through them searched about this grace and salvation that is ours. It remained a mystery to them. Abraham, the friend of God, longed to partake of this gift. All he could see was a glimpse but never to experience it like we do. Angels long to look, to understand this mystery given to us but that’s the closest they can get. SALVATION IS NOT CHEAP (1 Peter 1:12)

A chosen people according to the promise God made to Abraham. The Israelites were blinded from this truth, all because God wanted to call the Gentiles to Himself. The natural branch was cut off from the tree and a wild branch grafted in (Romans 11 v17-24). All so that you could see this great Salvation. So you see beloved and fellow Gentile, do not become too proud but fear because Salvation did not come cheap to you.

It is for you to hold it in utmost respect, with reverence and fear. It is a great gift to you that comes with freedom and love you have never experienced before. Bask in the Glory of God but do not take it for granted. Do not hold it in contempt for with it comes great judgment. The LORD might not strike you with lightning, but you would have rather He did that, for the Judgment that comes with this salvation is greater than you could think. It came freely to you but it is not cheap.