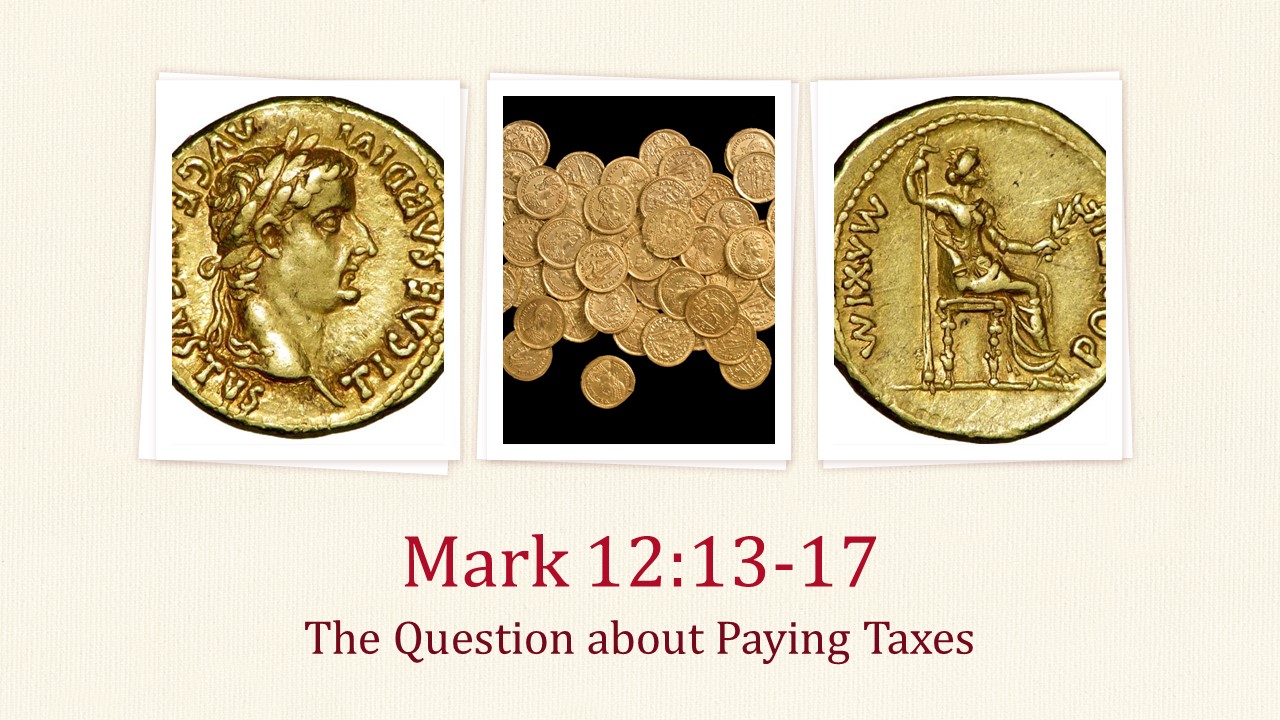 Money does have its proper place.

Yet, first century Christians continued to struggle and wrestle with this very difficult issue, so both Peter and Paul helped them by explaining Jesus’ teaching. Peter said, “For the Lord’s sake accept the authority of every human institution.” Paul summed it up like this:

Believers render to all what is due them

In fact, the whole verse says,

Render to all what is due them: taxes to whom taxes are due, respect to whom respect is due, fear to whom fear is due, and honor to whom honor is due.”

Every believer has a dual citizenship: in the country you live in and in the kingdom of God.  Even when our government does not govern the way we feel is wise, or good, or even honest, it still regulates and stems crime, and promotes the public welfare.

You and I are obligated to pay our taxes, to be mindful of the laws and rules we are called to uphold, and to be involved in the process of public policy making by voting.

This is rendering unto Caesar what is Caesar’s.

Jesus Himself paid His temple tax even though He was Lord of the temple and Lord of the Sabbath. We also have responsibilities to our families, and to our work.  We are to be people of integrity, being honest in our labors, doing what is right, even at personal cost, even when we do not always agree with those who are in authority over us. God requires us to do what is right.

That’s not what left the Sanhedrin’s delegation drop-jawed—‘utterly amazed,’ as Mark described them.

What took their breath away is what Jesus said in-between the lines. Give a listen, and find out how . . .

Render Unto Caesar
At Grace and Peace, Joanne