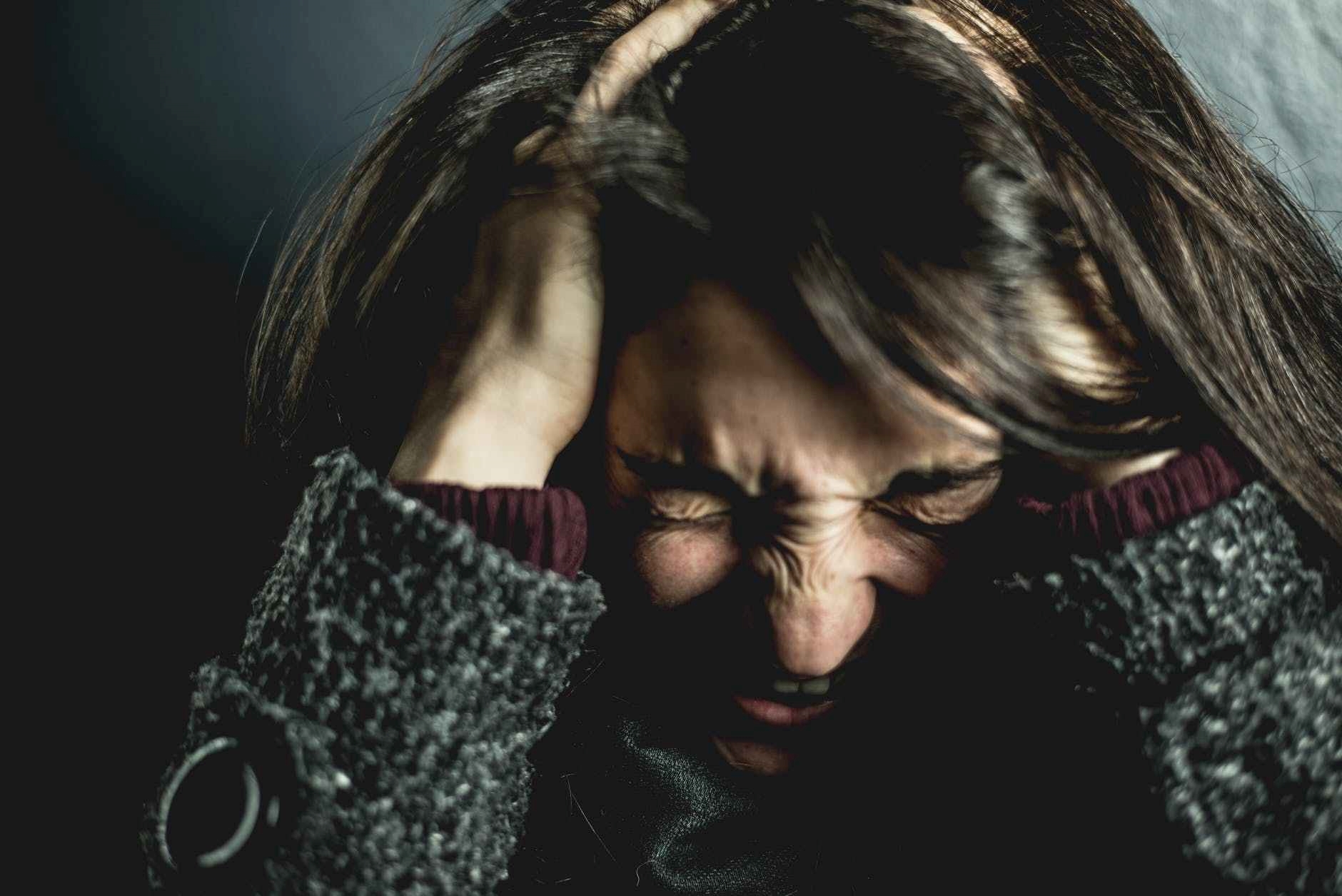 “Be angry and do not sin; ponder in your own hearts on your beds, and be silent.” -Psalm 4:4

As someone who struggles with Schizophrenia and Bipolar, I have a tendency to have a lot of built up anger inside of me. This anger tends to manifest itself in me getting easily frustrated over little things that really should not bother me, but for some reason they do.

My wife can testify to my anger issues. She has witnessed me getting angry at inanimate objects when they do not function the way I want them to. For example, when my laptop is operating slower than usual, I have a tendency to yell and swear at it. I am not sure what it is inside of those of us with mental illness that tends to cause us to be this way.

I have spoken to other people specifically with Schizophrenia who have reported to me that they also have this pent up anger inside of them. On most days we seem just fine because we have become masters of the art of covering up our real emotions. We do this because we live in a society that constantly bombards us with messages that anger is bad and that we shouldn’t be angry.

However, according to the above verse, anger is not a bad thing. I say this because the scripture clearly makes a distinction between being angry and sinning. In other words, the Psalmist is assuming that one can be angry and NOT sin.

I believe that there are two different types of anger: 1) righteous anger and 2) sinful anger.

In this blog, I will do my best to describe both forms of anger. My hope that after reading this you will be encouraged because no matter which kind of anger you feel the Lord Jesus Christ is gracious and patient with us and He forgive us of all our iniquities because of what He did for us on the cross.

This type of anger is bit more tricky to understand because I have personally witnessed people mistaking sinful anger for righteous anger. However, I think a proper definition of righteous anger is when one feels indignation over some injustice being done or when something immoral is being promoted.

However, I believe that the best example of someone who felt a righteous anger is our Lord Jesus Christ. In John 3, we read about how Jesus was deeply disturbed by the money-changers selling things inside the Temple, which was considered the house of God. As a response, Jesus took some whips and drove the money-changers out of the Temple, even flipping over their tables!

Jesus definitely was no pansy!

How many churches these days follow in the footsteps of the money-changers by opening up coffee shops and bookstores inside their churches? Shouldn’t we feel some sort of way about this?

Like I said earlier, this type of anger frequently gets confused for being righteous anger.

For example, when I get angry because my laptop is not functioning as quickly as I’d like. It is usually because I have a livestream scheduled and I do not want to look like a liar in front of all my subscribers. In this instance, I am getting angry because I want to save face with the people who are expecting to see me.

Another perfect example of someone who experienced sinful anger is the Apostle Peter:

In one of the Gospel accounts, Peter got upset with Jesus because Jesus kept talking to them about how He was going to be handed over to the Sanhedrin who would later hand Him over to the Roman soldiers who would then crucify Him.

Well, Peter did not like this very much and he attempted to rebuke the Lord who then turned around and rebuked him and even called him “Satan”. I imagine that Peter got upset because he was afraid that if it were true that Jesus would be crucified then they come after him and the rest of the disciples next. As a result, he decided to try to dissuade Jesus from going down that path so that he wouldn’t have to worry about anyone coming after him.

Boy, was he in for a rude awakening!

No matter which type of anger you find yourself in, there is absolutely no reason to despair. I know that when I blow up into a fit of rage over something minuscule I tend to feel really guilty. I feel guilty for dishonoring Christ and sometimes I even feel guilty for embarrassing my wife.

However, it is in these moments that we need to desperately cling to Romans 8:1 which says,

“There is therefore now no condemnation for those who are in Christ Jesus.”

Also the Lord says about those who repent and puts their faith in Him,

“For I will be merciful and forgive their iniquities, and I will remember their sins no more.”

I admit I do not understand how God can forget my sins, but I know that it is true and that when God sees me He sees the pure and holy righteousness of Jesus Christ on me. This is true for all true believers in the Lord.

So, next time you feel anger about anything, be angry. Do not cover up your anger. Let out your anger in healthy ways and then just know that the blood of Christ covers a multitude of sins and nothing in all of creation will ever separate us from the love of God that is found in Christ Jesus our Lord!