It’s A Miracle by Keith Guernsey 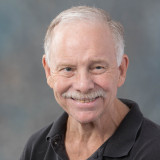 If you visit my author page on Amazon, you will see that I have referred to our four-footed son Harley, as the “King of this castle”. It is as true today as it was when I wrote it five years ago.

For the first half century of my life, I always thought the phrase a man’s best friend was just a marketing slogan on the side of a can of dog food. But I have learned over the last decade that it is actually very true. To say he stole our hearts would rank as a colossal understatement. He came to us a rescue on a one week trial base and has been by our side every day since. I distinctly remember calling his adoption advocate that very first night and telling her that there was no need for a trial. He was ours and we were his!

At 15 years young, we faced the reality that he wouldn’t be with us forever, but that didn’t make almost losing him any easier. He was getting sick to his stomach, not eating and showing signs of extreme lethargy so we knew an unwanted trip to the vet was in order. We took him in early March and were informed that he was in kidney failure. He was in such bad shape that we prepared for the end. Susan even picked out a place in her garden where she would scatter his ashes. A lot of tears were shed as we hoped for a miracle and sure enough one occurred!

Other than a change in diet (thank you freshpet.com), we really didn’t do anything different, but all of a sudden, he seemed to find the fountain of doggie youth! He started eating again like there was no tomorrow. We even had to reign him in as he still only weighed 10 pounds. He began to run wild like he was five instead of 15 and an amazing transformation had truly taken place.

Susan and I were so thrilled to have our little best friend back. There didn’t seem to be any logical veterinary, medical explanation, but it didn’t matter to us one iota!