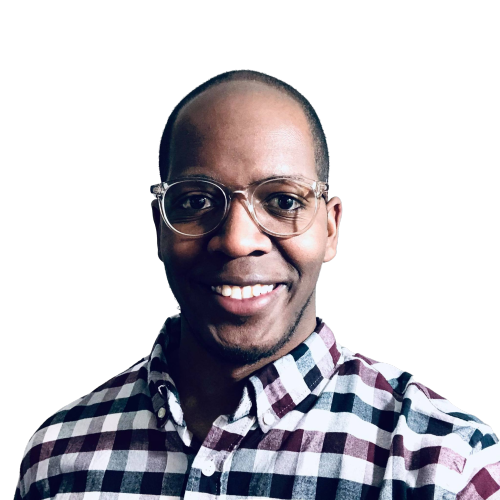 In this video, John Stapleton digs deeper in the short book of Jude. He will discuss Israel, Angels, Sodom and Gomorrah.

Contend For The Faith

Beloved, although I was very eager to write to you about
our common salvation, I found it necessary to write
appealing to you to contend for the faith that was once for
all delivered to the saints. For certain people have crept in
unnoticed who long ago were designated for this
condemnation, ungodly people, who pervert the grace of
our God into sensuality and deny our only Master and Lord,
Jesus Christ. (Jude 3-4)

Jude is humble yet direct. He is Jesus servant (though he
could identify as Jesus’ half-brother) and he writes a short
letter that is filled with timeless truth, as a short defense
against false teachers who want to turn God’s grace into
license. This is the opposite problem that Paul had in
Galatia with the legalists. Jude is a good example of grace
and truth (John 1:17). Truth without grace (kindness) leads
to legalism. Grace without truth leads to license. Both need
to be held in perfect tension.

This contending is like the athletic struggle in a
competition. We must contend because there are people in
every age of the church that try to redefine our faith, this
faith “that was once for all delivered to the saints” (verse
4). It was delivered once, and it hasn’t changed since then.

When I say that faith is orthodox, I mean that our faith is
rooted in history and doesn’t change or adapt to what
people now say is allowed. Our faith can be contextualized,
but not changed.

Now I want to remind you, although you once fully knew it,
that Jesus, who saved a people out of the land of Egypt,
afterward destroyed those who did not believe. And the
angels who did not stay within their own position of
authority, but le! their proper dwelling, he has kept in
eternal chains under gloomy darkness until the judgment
of the great day— just as Sodom and Gomorrah and the
surrounding cities, which likewise indulged in sexual
immorality and pursued unnatural desire, serve as an
example by undergoing a punishment of eternal fire. (Jude 5-7)

This was supposed to be a positively encouraging letter.
Jude shifts gears to warn against the false teachers in the
church.

1) Jesus destroyed unbelieving Israelites after saving them
from Egypt.
2) If angels weren’t spared from judgment, what makes us
think God will show us any favoritism?
3) Jesus destroyed Sodom and Gomorrah for their sexual
perversion, not because they failed to show hospitality.
4) Though we could talk about other sins, the main reason
God punished these three groups was for unbelief, and
that plays out as sexual sin.

Now I want to remind you, although you once fully knew it,
that Jesus, who saved a people out of the land of Egypt,
afterward destroyed those who did not believe. (Jude 5)

This is something they know and have forgotten. This isn’t
new, enlightened, information. Rather than rewriting
history, we should learn from it. God punishes unbelief.

(1 Corinthian 10:1-12)
For I do not want you to be unaware, brothers, that our
fathers were all under the cloud, and all passed through
the sea, and all were baptized into Moses in the cloud and
in the sea, and all ate the same spiritual food, and all drank
the same spiritual drink. For they drank from the spiritual
Rock that followed them, and the Rock was Christ.
Nevertheless, with most of them God was not pleased, for
they were overthrown in the wilderness. Now these
things took place as examples for us, that we might not
desire evil as they did. Do not be idolaters as some of
them were; as it is written, “The people sat down to eat
and drink and rose up to play.” We must not indulge in
sexual immorality as some of them did, and twenty-three
thousand fell in a single day. We must not put Christ to the
test, as some of them did and were destroyed by serpents,
nor grumble, as some of them did and were destroyed by
the Destroyer. Now these things happened to them as an
example, but they were written down for our instruction,
on whom the end of the ages has come. Therefore let
anyone who thinks that he stands take heed lest he fall.

After being rescued from Pharaoh, the people complained
that God wasn’t providing food and water for them and
then created a golden calf to worship. “God was not
pleased” (1 Cor. 10:5).

• When we willfully sin, we test Christ (1 Corinthians 10:9).
• The OT is still a relevant teacher, so we cannot dismiss it
(1 Corinthians 10:11).
• Paul says they were idolators, sexually immoral, testing
Christ, and complainers.

Psalm 106 recounts Israel’s history, how God saved them
when they were helpless in Egypt, all the way through their
exile to Babylon, and all through the middle is rebellious
episode after rebellious episode.

Our fathers, when they were in Egypt, did not consider
your wondrous works; they did not remember the
abundance of your steadfast love, but rebelled by the sea,
at the Red Sea. Yet he saved them for his name’s sake, that
he might make known his mighty power. He rebuked the
Red Sea, and it became dry, and he led them through the
deep as through a desert. So he saved them from the hand
of the foe and redeemed them from the power of the
enemy. And the waters covered their adversaries; not one
of them was le!. Then they believed his words; they sang
his praise. But they soon forgot his works; they did not
wait for his counsel. (Psalm 106:7-13)

How Israel failed in Psalm 106

Psalm 106:14—15 (ESV)
But they had a wanton craving in the wilderness, and put
God to the test in the desert; he gave them what they
asked, but sent a wasting disease among them.

Psalm 106:19—22 (ESV)
They made a calf in Horeb and worshiped a metal image.
They exchanged the glory of God for the image of an ox
that eats grass. They forgot God, their Savior, who had
done great things in Egypt, wondrous works in the land of
Ham, and awesome deeds by the Red Sea.
Psalm 106:24—25 (ESV)
Then they despised the pleasant land, having no faith in
his promise. They murmured in their tents, and did not
obey the voice of the L”#$.
Psalm 106:28—29 (ESV)
Then they yoked themselves to the Baal of Peor, and ate
sacrifices offered to the dead; they provoked the Lord to
anger with their deeds, and a plague broke out among
them.
Psalm 106:34—37 (ESV)
They did not destroy the peoples, as the LORD
commanded them, but they mixed with the nations and
learned to do as they did. They served their idols, which
became a snare to them. They sacrificed their sons and
their daughters to the demons;

Note the mercy of God!

Psalm 106:42—46 (ESV)
Their enemies oppressed them, and they were brought
into subjection under their power. Many times he
delivered them, but they were rebellious in their purposes
and were brought low through their iniquity. Nevertheless,
he looked upon their distress, when he heard their cry. For
their sake he remembered his covenant, and relented
according to the abundance of his steadfast love. He
caused them to be pitied by all those who held them
captive.

Jude 6 (ESV)
And the angels who did not stay within their own position
of authority, but le$ their proper dwelling, he has kept in
eternal chains under gloomy darkness until the judgment
of the great day—

This describes the angels who rebelled against God when
Satan, the morning star rose up in rebellion.

Following this heavenly rebellion was the earthly one.

Genesis 6:1—4 (ESV)
When man began to multiply on the face of the land and
daughters were born to them, the sons of God saw that the
daughters of man were attractive. And they took as their
wives any they chose. Then the L!”# said, “My Spirit shall
not abide in man forever, for he is flesh: his days shall be
120 years.” The Nephilim were on the earth in those days,
and also a$erward, when the sons of God came in to the
daughters of man and they bore children to them. These
were the mighty men who were of old, the men of renown.

Jude 7 (ESV)
just as Sodom and Gomorrah and the surrounding cities,
which likewise indulged in sexual immorality and
pursued unnatural desire, serve as an example by
undergoing a punishment of eternal fire.

Jude clarifies the misconception that Sodom and
Gomorrah were destroyed because they were not
hospitable.

Genesis 13:13 (ESV)
Now the men of Sodom were wicked, great sinners
against the LORD.
Genesis 19:1—11 (ESV)
The two angels came to Sodom in the evening, and Lot was
sitting in the gate of Sodom. When Lot saw them, he rose
to meet them and bowed himself with his face to the earth
and said, “My lords, please turn aside to your servant’s
house and spend the night and wash your feet. Then you
may rise up early and go on your way.” They said, “No; we
will spend the night in the town square.” But he pressed
them strongly; so they turned aside to him and entered
his house. And he made them a feast and baked
unleavened bread, and they ate. But before they lay down,
the men of the city, the men of Sodom, both young and
old, all the people to the last man, surrounded the house.
And they called to Lot, “Where are the men who came to
you tonight? Bring them out to us, that we may know
them.” Lot went out to the men at the entrance, shut the
door after him, and said, “I beg you, my brothers, do not
act so wickedly. Behold, I have two daughters who have
not known any man. Let me bring them out to you, and do
to them as you please. Only do nothing to these men, for
they have come under the shelter of my roof.” But they
said, “Stand back!” And they said, “This fellow came to
sojourn, and he has become the judge! Now we will deal
worse with you than with them.” Then they pressed
hard against the man Lot, and drew near to break the
door down. But the men reached out their hands and
brought Lot into the house with them and shut the door.
And they struck with blindness the men who were at the
entrance of the house, both small and great, so that they
wore themselves out groping for the door.

Unbelief is more serious than you think. Jesus destroyed
people for unbelief.

God was very clear why he destroyed Sodom. We must not
rewrite his word to accommodate our culture. There are
many sexual sins that are considered evil by God because
they are not natural. It is easier to respect someone honest
enough who doesn’t believe in Christianity at all, then
someone who says they are believers who don’t take God
or his Word seriously. They’re more than just the “clobber
verses” that are in there because God’s character is a
unifying theme of the Bible. You cannot simply make so-
called cultural arguments (though they are indispensable),
you also need to make theological ones that are true to
what the Scriptures reveal.