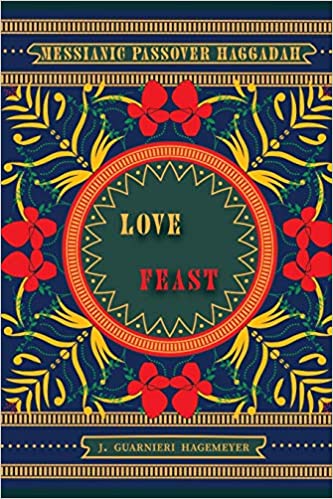 Birth of the Church

At its birth, the church was a group of 120 Jewish people receiving the Holy Spirit in a cataclysmic event, the compression waves of which would reverberate across the whole earth. Then, on the day of Pentecost, 3,000 faithful Jews who had come to Jerusalem to celebrate the Feast of Weeks—thanksgiving for the first harvest—now became the Holy Spirit’s First Harvest of many to come.

In those first days, Luke recorded,

“They devoted themselves to the apostles’ teaching and to fellowship, to the breaking of bread and to prayer. Everyone was filled with awe at the many wonders and signs performed by the apostles. All the believers were together and had everything in common.

“They sold property and possessions to give to anyone who had need. Every day they continued to meet together in the temple courts. They broke bread in their homes and ate together with glad and sincere hearts, praising God and enjoying the favor of all the people.

And the Lord added to their number daily those who were being saved.”

Later, in his first letter to the mostly Gentile believers in Corinth, the apostle Paul taught how this “breaking of bread” should be.

“Get rid of the old yeast, so that you may be a new unleavened batch—as you really are. For Christ, our Passover lamb, has been sacrificed.

“Therefore let us keep the Festival, not with the old bread leavened with malice and wickedness, but with the unleavened bread of sincerity and truth.” (1 Corinthians 5:7-8 CEB)

“Is not the cup of thanksgiving for which we give thanks participation in the blood of Christ?

“And is not the bread that we break participation in the body of Christ?

The Passover meal had become infused with new meaning through the sacrificial death and triumphant resurrection of Messiah. Through Jesus’ work on the cross, a way had been opened for a new people, a new kingdom, a new culture, a new relationship between God and humanity, a healing work that would ultimately reconcile the cosmos to the Creator.

All these things were to be remembered in the celebration of the Love Feast. Paul enjoined,

“For I received from the Lord what I also passed on to you: The Lord Jesus, on the night he was betrayed, took bread, and when he had given thanks, he broke it and said,

‘This is my body, which is for you; do this in remembrance of me.’

In the same way, after supper he took the cup, saying,

‘This cup is the new covenant in my blood; do this, whenever you drink it, in remembrance of me.’

For whenever you eat this bread and drink this cup, you proclaim the Lord’s death until he comes.”

“So then, whoever eats the bread or drinks the cup of the Lord in an unworthy manner will be guilty of sinning against the body and blood of the Lord. Everyone ought to examine themselves before they eat of the bread and drink from the cup.”

In honor of our Lord,

Let us remember, as we break bread together.

Let us confess our sins, that we may “keep the Festival, not with the old bread leavened with malice and wickedness, but with the unleavened bread of sincerity and truth.”

Let us praise God, as we thank Him for our redemption.

Let us be one, for the Lord has made us one loaf by His Spirit.

[For the scriptural quotations, phrases in boldface are my own emphasis]

When HOPE Found Me: Stories Of Inspiration, Triumph And Hope by Kim Lengling

When HOPE Found Me: Stories Of Inspiration, Triumph And Hope by Kim Lengling