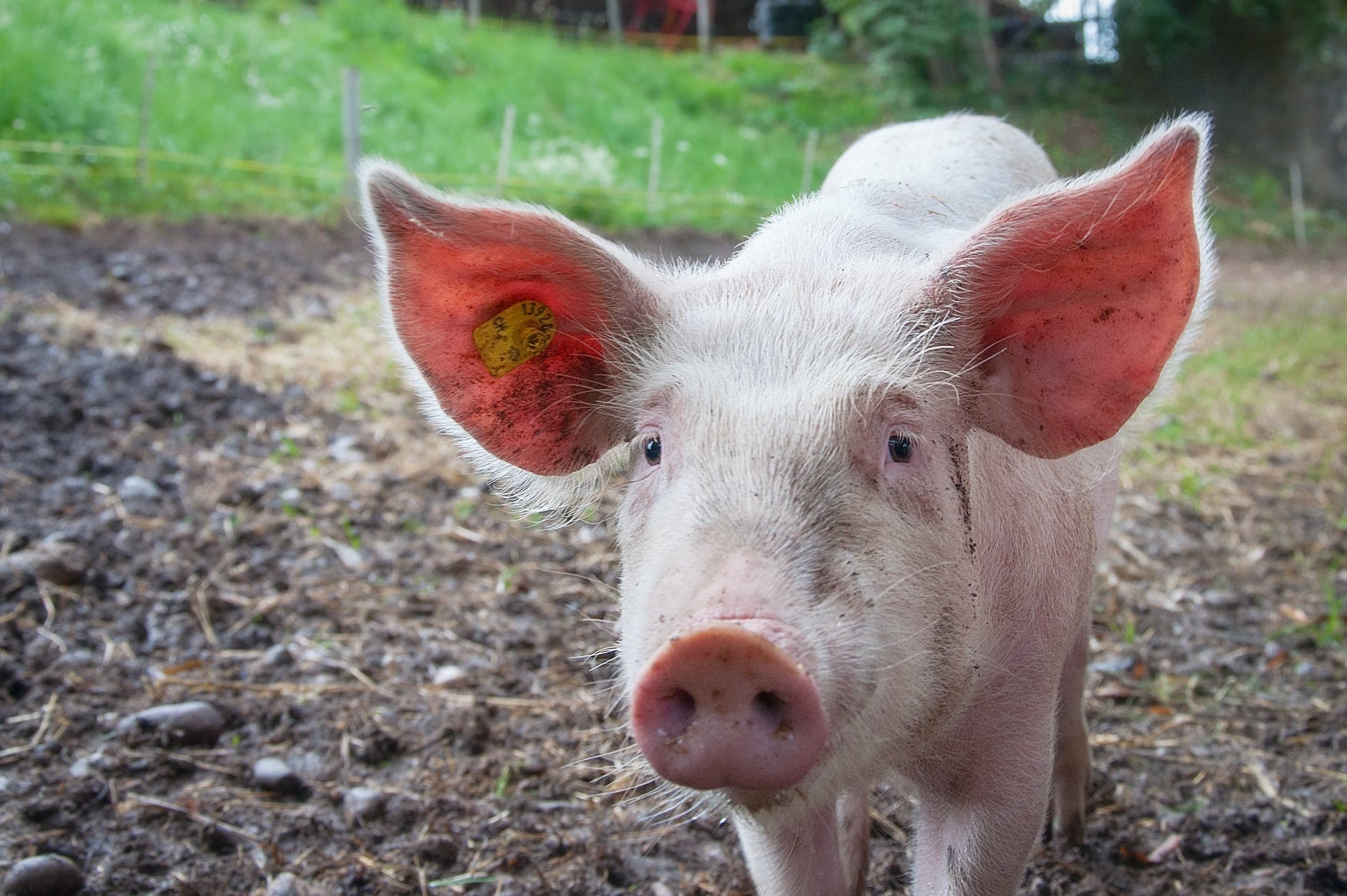 (The Following Article Is By Christian Apologist And Mental Health Advocate, David Lee Chu Sarchet. He Defends The Christian Faith Against Christopher Hitchens Book God Is Not Great: How Religion Poisons Everything).

Christopher Hitchens titles this chapter, “A Short Digression On The Pig; or Why Heaven Hates Ham,” and its not quite clear why this chapter was written. It seems random. Since this chapter is really short, my response will be brief. He starts the chapter by complaining about how Islam and Judaism doesn’t eat pork, as if that effects him in any way, and then on page 38, he says:

“I hope that you have guessed by now what we know in any case—that this fine beast is one of our fairly close cousins. It shares a great deal of our DNA, and there have lately been welcome transplants of skin, heart valves, and kidneys from pigs to humans— If–which I hearily trust does not happen– a new Dr. Moreau could corrupt recent advances in cloning and create a hybrid, a ‘pig-man’ is widely feared as the most probable outcome.”

– God Is Not Great: How Religion Poisons Everything (Page 38)

I would like to note that there is absolutely zero evidence that we are related to pigs in any such way. The fact that we have similar DNA, if that is indeed true, could easily be explained by the fact that we have the same Designer and that we live in the same biosphere too.

For instance, Ford Motor Company manufactures a variety of different types of vehicles, yet they are all similar to one another. Does this mean that all their vehicles evolved from a single vehicle? Not at all. Instead, it means that two different vehicles from the same company are similar because they were both created by the same designer.

Now, the reason why Hitchens and I come to different conclusions based on looking at the same evidence is because of our differing worldviews. My worldview says that the Triune God is holy and sustains the whole entire universe and because of this it explains why we humans share some commonalities with other of God’s creatures. Hitchens’ worldview says that all the universe came about by random chance and everything we see, including ourselves, is the result of a cosmic accident. Only one of our positions can be true while the other false.

“Porcophobia–and porcophilia– thus probably originate in a nighttime of human sacrifice and even cannibalism at which the ‘holy’ texts often do more than hint. Nothing optional– from homosexuality to adultery– is ever made punishable unless those who do the prohibiting have a repressed desire to participate. As Shakespeare put it in King Lear, the policeman who lashes the whore has a hot need for the very offense for which he plies the lash”

This is fallacious reasoning because it wrongly assumes that if you want to prohibit some immoral behavior or act then you must secretly want to perform that behavior or act. This is a common accusation that liberals throw at conservatives when it concerns such issues such as gay marriage. It makes no sense whatsoever because one does not need to want to do something they want to prohibit.

Let me elaborate: My wife and I want to prohibit abortion because we believe that abortion is murder and murder is objectively wrong. Does this mean that we secretly want to commit abortion or murder? Obviously not. We believe murder is objectively wrong because human beings are made in God’s image and thus human life is sacred. Hitchens argument that many liberals dishonestly use against conservatives has been debunked many times on numerous occasions.

On the same page, he then says:

“In Medieval Spain, where Jews and Muslims were compelled on pain of death and torture to convert to Christianity, the religious authorities quite rightly suspected that many of the conversions were not sincere. Indeed the Inquisition arose partly from the holy dread that infidels were attending Mass–where of course, and even more disgustingly, they were pretending to eat human flesh and drink human blood in the person of Christ himself”

Firstly, I’d like to point out that he still has yet to establish any objective standard for morality–apart from the necessary presupposition of God– for which he can determine that torturing people to convert to Christianity is indeed morally wrong. So, he has no right to be morally outraged about this, but the fact that he obviously is only demonstrates that, while he was still alive, he knew that the Triune God of holy scripture really does exist because he could not escape the presupposition of His existence. Oh, he definitely tried to ignore the fact that He knew God exists by the impossibility of the contrary, and that reduced his worldview to absurdity.

This is why he made claims that God doesn’t exist, yet he would get outraged by injustices or anything he thought was immoral. As for his blatant misrepresentation of the Lord’s Supper, Christians are not guilty of cannibalism because we are not literally eating and drinking Christ’s body and blood. Communion is a memorial that serves to remind us of the sacrifice he made for us on the cross. When we break the bread and drink the wine (or grape juice), we are reminded that Jesus’ body was broken and His blood was shed on our behalf so that we could enter into communion with The Father. This should have gone without saying, but since atheists are fond of Hitchens’ laughable point I felt the need to address it.

Hitchens, then continues, on page 41, to say this:

“Today, ancient stupidity is upon us again. Muslim zealots in Europe are demanding the the Three Little Pigs, and Miss Piggy, Winnie-the-Pooh’s Piglet, and other traditional pets and characters be removed from the innocent gaze of their children. The mirthless cretins of jihad have probably not read enough of the Empress of Blandings, and of the Earl of Emsworth’s infinitely renewable delight in the splendid pages of of the incomparable author Mr. Whiffle, The Care of the Pig, but there will be trouble when they get that far. An old statue of a wild boar, in an arboretum in Middle England, has already been threatened with mindless Islamic vandalism”

The question that immediately came to mind when I read this was, “By what standard do you call anything ‘stupid’?”

Finally, he closes the chapter with the following statement:

“The pig is so close to us, and has been so handy to us in so many respects, that a strong case is now made by humanists that it should not be factory-farmed, confined, separated from its young, and forced to live in its own ordure. All other considerations to one side, the resulting pink and spongy meat is somewhat rebarbative. But this is a decision that we can make in the plain light of reason and compassion, as extended to fellow creatures and relatives, and not as a result of incantations from Iron Age campfires where much worse offenses were celebrated in the name of god”

How does Hitchens even begin to present a case that “compassion” and “humane” treatment of pigs is actually morally good when he still has yet to establish how he can know morality from an atheistic worldview? The absurdity of atheism is clearly shown in the fact that it denies God’s existence, yet it will declare certain things to be morally ‘good’.

This demonstrates what the Apostle Paul says in Romans chapter 1, that God has revealed Himself to all people and that we suppress that knowledge in unrighteousness, is indeed factual. The atheist cannot escape the fact that he really does know that the Triune God exists and that knowledge is what will condemn them in the end unless they repent and put their faith in Jesus Christ.